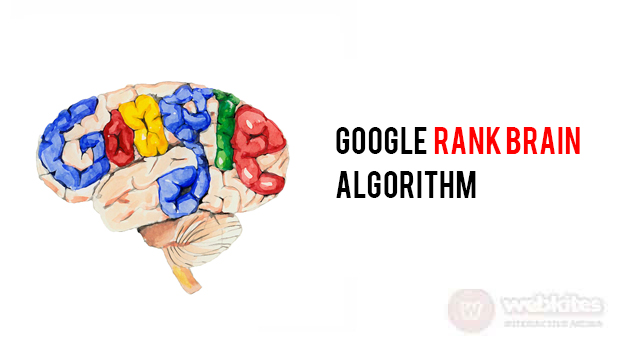 Google has announced “Rank Brain” is a Machine Learning Artificial Intelligence that used to operate search results made by users. In fact, over the past several months a major percentage of all Google search results handled by Rank Brain itself. It provides most relevant search results for users. It decodes a wide range of written languages into mathematical entities, called vectors which means the machine can understand easily. If rank brain doesn’t know any sentence or words searched by users, it’s able to guess the similar sentence or words and provides the results according to it.

While Google search engineers guessed correctly 70 percent of the time, Rank Brain had an 80 percent success rate. It is capable of learning and recognizing new patterns and then revising SERPS (Search Engine Results Page) based on its new knowledge. Its main function is to interpret search queries and provide the best relevant information available. Results show that about 15% of daily searches are unique. So, it’s proved that rank brain playing a major role in providing more specified search results.

What is Machine Learning?

A computer learns itself what to do, how to do something rather than being taught by a human being or followed by detailed programming.

What is Artificial Intelligence?

Artificial Intelligence is also said as AI for short, where a computer can be smarter than humans, at least in the sense of capturing information both from being taught and from building on what it knows and making new connections.

With Rank Brain, it is assumed that for SEO, will need to be shifted more to the fast-loading and well-designed quality web pages with the best experience to users. The necessity for good content marketing is also high. No doubt it will remove out all the black-hat SEO practices.

It is the third most important factor in the ranking algorithm, determining the results that appear in the search queries.

It is not replacing the current Google algorithm recently called Hummingbird, but instead Rank Brain is one of the hundreds of signals. Previously Google has maintained up to 10,000 signals and sub-signals.

Now, it is one of the most important signal among hundreds of signals used to determine search ranking.

Finally, it is part of Google’s overall search “algorithm”, a computer program used to sort more relevant search queries from billions of pages according to the user search.

Please mail to support@webkites.in or contact us through www.webkites.in to know more about the latest updates of Google.